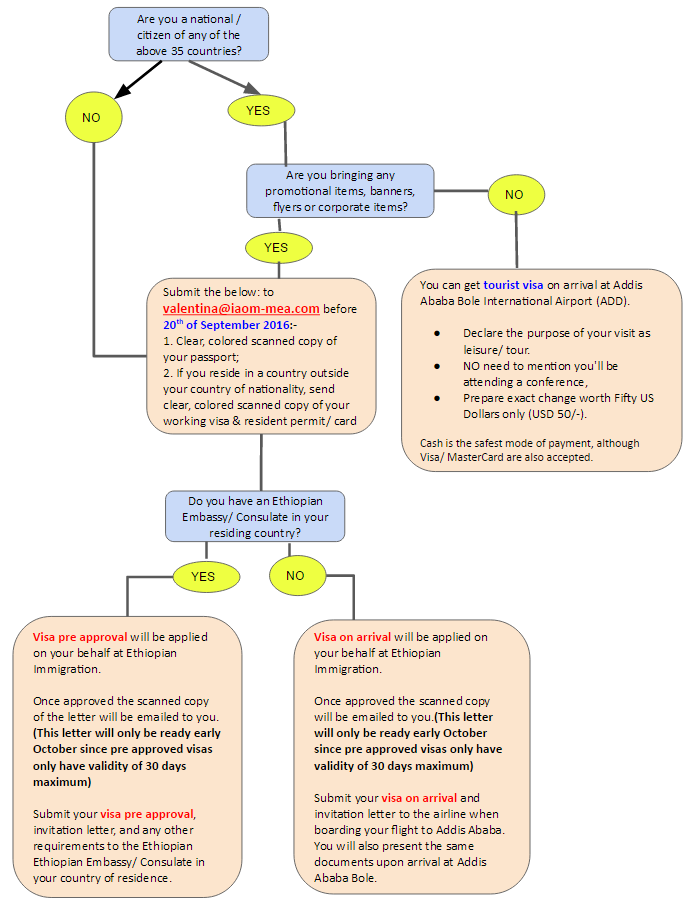 *Visa pre approval - A letter that you would need to submit along with the ither requirements to the Ethiopian Embassy/ Consulate.

*Visa on arrival - A letter that you would need to submit to the airline when boarding your flight to Addis Ababa and present the same upon arrival at Addis Ababa Bole.

DEADLINE - Please note that if you require IAOM MEA's assistance, we require the mentioned documents latest by 20th of September 2016 to valentina@iaom-mea.com. IAOM MEA will not be able to assist in processing visas after this date. 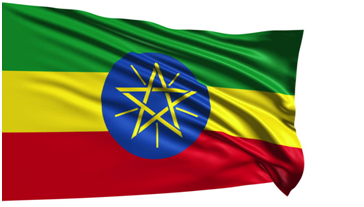 Ethiopia is a landlocked country situated in the horn of Africa and also Africa's diplomatic capital. It is the oldest independent country in Africa. Africa's second-most populous nation with an estimated population of around 85 million. English is a widely spoken language. Ethiopia is part of United Nations since 1942. Bordering Ethiopia is Sudan to the west, Djibouti and Eritrea to the north,Somalia to the east,and Kenya to the south. Addis Ababa, largest city in Ethiopia is referred to as “the political capital of Africa” due to its historical, diplomatic and political significance for the continent.

The main international airport is the Addis Ababa Bole International Airport which is located approximately 10 minutes from/ to the Millennium Hall.

Taxis are immediately available at Bole International Airport. They can also be found outside most hotels in Addis Ababa and at the country’s major centres. There are two types: privately owned blue-and-white vehicles or, in Addis Ababa, Mercedes Benz taxis operated by the National Tour Operation (NTO).

The larger blue-and-white taxis have standard routes and pick up and let off passengers along these routes, operating like little buses. There are no meters; there are low standardized prices for the fixed routes, and all prices for special hire should be negotiated in advance to avoid later mis­understandings. NTO taxis can be booked at any of the major hotels. Trips are paid for in advance according to destination; again, the taxis are not metered. These taxis are about ten times more expensive, on average, than the little blue taxis hailed on the street.